A mere 70 years ago, there existed not a single effective treatment (with the notable exception of electroconvulsive therapy) for any serious mental disorder—no antidepressants, no mood stabilizers, no antipsychotics(…) The only thing that could be done for schizophrenia, for example, was simple confinement and an attempt at fostering a decent social environment in the hospital setting(…) Many lived out their entire lives within the four walls of a state mental hospital. Unable to work, marry, or have children, hospitalized patients were isolated from the rest of society—locked up and forgotten(…) This all began to change in the 1950s with the development of three drugs that forever altered the course of global psychiatry: chlorpromazine, imipramine, and lithium. Within a few years, psychiatrists finally had effective treatments for the field’s three flagship disorders, i.e., schizophrenia, manic-depression (bipolar disorder), and depression. A tide began to shift in the conceptualization and the treatment of serious mental illness (…)Discovery of the benzodiazepines in the 1960s further broadened the range of biologically treatable psychiatric conditions(…) 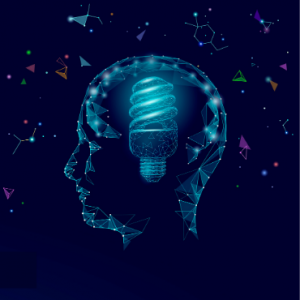 For the first time in human history, something could be done in the outpatient setting for severe mental illness. The state hospitals gradually closed and were replaced with (a grossly underfunded) community mental health system. Patients who had been committed for years could finally live alongside family and friends in the community. The birth of psychopharmacology also marked the birth of freedom for hundreds of thousands of mental patients. psychologytoday.com

Biological psychiatry, or biopsychiatry is an approach to psychiatry that aims to understand mental disorder in terms of the biological function of the nervous system. It is interdisciplinary in its approach and draws on sciences such as neuroscience, psychopharmacology, biochemistry, genetics and physiology to form theories about the biological bases of behaviour and psychopathology. While there is some overlap between biological psychiatry and neurology, the latter generally focuses on disorders where gross or visible pathology of the nervous system is apparent, such as epilepsy, cerebral palsy, encephalitis, neuritis, Parkinson’s disease and multiple sclerosis. There is some overlap with neuropsychiatry, which typically deals with behavioural disturbance in the context of apparent brain disorder. sciencedaily.com